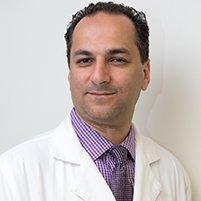 What are ovarian cysts?

Ovarian cysts are sacs of fluid that form inside the ovary or on the ovary's surface. Most women will have a least one cyst during their lifetime, and usually, the cyst will go away on its own without causing symptoms.

What symptoms are associated with ovarian cysts?

In most cases, ovarian cysts cause no symptom and resolve on their own. But when they do cause symptoms, they can include:

Some cysts occur as the natural process of your menstrual cycle, forming when minor problems develop during ovulation. In most cases, these functional cysts disappear after a couple of menstrual cycles and rarely cause symptoms. Other types of cysts include:

When cysts become very large, they may cause the ovary to twist, causing significant pain.

How are ovarian cysts treated?

Dr. Naim will probably order an ultrasound to ensure the symptoms you're experiencing are the result of a cyst. At that point, he'll be able to tell if treatment is necessary and if so, what type of treatment is best. Some cysts will resolve with birth control medicine to balance hormone levels while others may require surgery to remove. In some cases, just the cyst can be removed, but in other cases, the entire ovary may need to be removed along with the cyst.

We accept a variety of insurance plans at our practice. If you do not see your provider listed, please call our office so we can help you determine coverage.

Words from our patients